How Does Divorce Change for Couples with a High Net Worth?

A man once said that “the more money we come across, the more problems we see.” This man was named Christopher George Latore Wallace or more commonly known as “Biggie Smalls.” While this is said tongue and cheek and Mr. Wallace was almost certainly referring to a different type of problem, his words tend to resonate with a lot of people and certainly carry significant truth behind them.

“High net worth” is a relative term. What is high net worth to one person may not be so to another. However, the generally accepted principle is that someone who is worth over one-million dollars, is considered “high net worth.” When a high-net-worth individual gets divorced, there is simply more to divide. This is usually not a bad thing. Typically, the family as a whole will benefit from the success of the high net worth individual, but it does present some interesting challenges.

In many relationships, one spouse is a significantly higher earner than the other. When this occurs, the non-monied spouse, also known as an “impecunious spouse,” often fears that he or she will be “left out in the cold,” or completely cut off. While sometimes one spouse may purposefully seek to do this or even threaten it, the law has a remedy for such a situation in the form of alimony. Alimony is defined as spousal support and is considered separate and apart from child support. Alimony, unlike child support, is not determined based solely on one’s income according to a schedule. Instead, it is based on the impecunious spouse’s needs, and the other spouse’s ability to pay.

Alimony is not something that is unique to a high-net-worth divorce case, but it certainly makes it more complicated. The word “need” is a very strong word. This is something that I often tell my wife when I purchased another tool or gadget, or something she tells me if she buys a new pair of pumps. While we say it jokingly, there is a lot of truth in that statement.

“Need” does not refer to what an individual would require just so he or she did not starve. Instead, a “need” is based on a reasonable standard of living similar, but not necessarily identical to how he or she lived during the in-tact marriage. This is where a high-net-worth divorce will often differentiate itself from the latter. The debate and argument on what the impecunious’ spouse’s need is can devolve into very ugly fights. It is important for each spouse to consider the position of the other when determining this factor in divorce.

For example, let’s say that Jane is a very successful lawyer helping clients with family law. Jane has a young daughter of thirteen and has been married to John for 18 years. John was a contractor when he and Jane met but quit his job when their daughter Jenny was born. Jane currently makes approximately $600,000 per year and John doesn’t work, but is the primary caretaker of Jenny, and has been since birth.

In this scenario, Jane and John decide that their marriage is irretrievably broken. It does not matter whether Jane or John committed any adultery unless that adultery had an effect on Jenny. In this case, they just decided to end their marriage. Jane believes that John is lazy and just drives a Mercedes that she pays for, and lives in the house that she pays for, and eats the food that she pays for. John, on the other hand, has been to every PTA meeting since Jenny has attended school. John is the head of the carpool for all of Jenny’s friends and volunteers on the soccer team for his daughter. John feels that Jane values her work more than he and Jenny. Normally, as a family, they visit the Florida Keys at least twice a year, for a total cost of around $25,000.00 each year.

John is concerned that with the divorce, Jane will not have enough time for Jenny and that he will not have the ability to provide Jenny the same lifestyle that they are all accustomed to living.

In this scenario, John would likely be a candidate for alimony. His “need” may include some expenses for vacations as well as his car payment. It may also include expenses for his health care. However, John may also be “imputed” or assigned income based on his ability to return to work as a contractor. There are several factors that would go into a situation like this and these factors tend to be unique to a high-net-worth divorce vs. the latter.

Whether you are the “John” or the “Jane” in this situation, you have several options and certain definite rights. It is easy to forget how much John has done for the family and equally easy to forget how much Jane has contributed. It is important to never lose sight of the sacrifices that EACH parent has made toward the family as a whole and this is often where lawyers can come in and help.

High-net-worth cases are often excellent candidates for the collaborative divorce process, which tends to allow the parties to conduct the majority of the negotiation outside of the court process. A traditional representation in a high-net-worth case can be very costly due to the many factors associated with it.

If you find yourself as John or Jane and are not sure what to do next, please reach out. I will certainly find time to speak with you more about your options and what may be your best next step for you and your family. 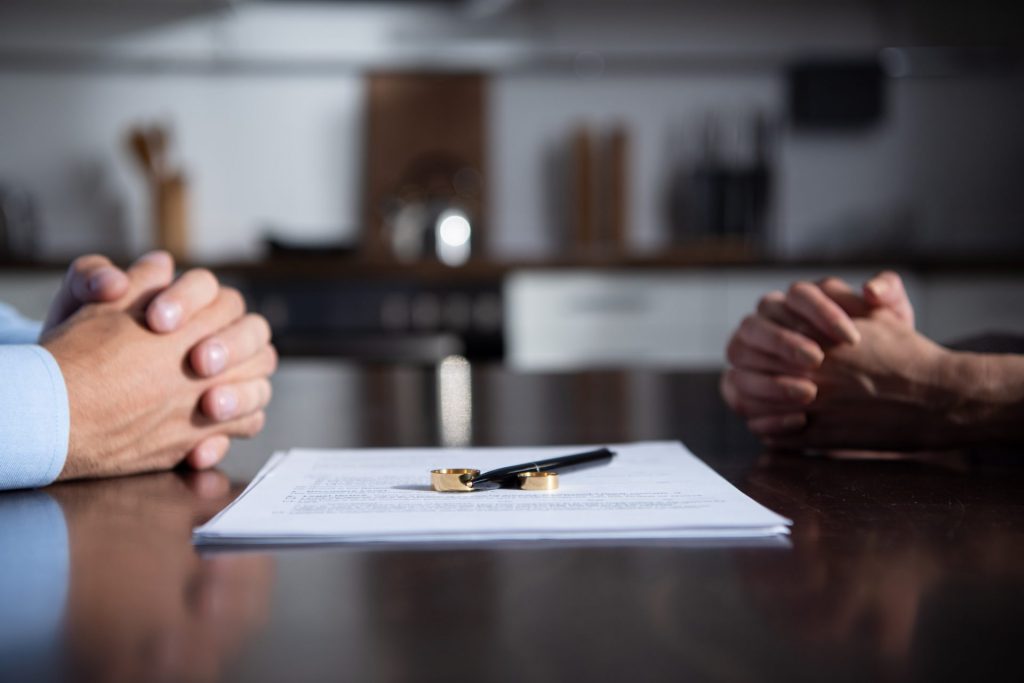 Why is January “Divorce Month”?

Do I Have to Sell My House in a Divorce, or Can I Keep It?