Many individuals believe that because their retirement accounts are in their name or because they are the only one that has contributed, that these accounts are their separate property. However, in Florida, retirement plans that are built up during the marriage are considered a marital asset subject to equitable distribution.

However, one may wonder, “What about a retirement plan that I started before I got married?” Your spouse will be entitled to the percentage earned on your retirement plan during the marriage. Stated alternatively, any amounts earned during the course of the marriage are subject to equitable distribution unless otherwise specified in a prenuptial or postnuptial agreement.

Qualified Domestic Relations Order (QDRO)
In the event of a divorce, the division of retirement proceeds is typically accomplished through a Qualified Domestic Relations Order (QDRO) which is usually prepared during the divorce proceedings but is not submitted until the Final Judgment of Dissolution of Marriage has been entered. All retirement plans subject to equitable distribution that fall under ERISA rules will need a QDRO drafted. The QDRO allows one spouse to obtain the marital portion of another spouse’s retirement assets without the penalties associated with early withdrawals. The QDRO will outline the payment details of when and how much one spouse will receive and the receiving spouse typically puts these funds into their own, new retirement account.

Every QDRO must comply with certain legal requirements in order to be enforceable. Moreover, depending on the retirement plan provider, there may be certain language and details that must be included. Typically, a divorce attorney will partner with Boca Raton family law lawyers who specializes in drafting QDROs to ensure all requirements are met.

An important note: just because your final judgment or marital settlement agreement provides that you are to receive such payment from your ex-spouse’s retirement account does not mean that you do not need a QDRO – most retirement plans require a QDRO.

Government Pensions
Being that government pensions are exempt from the ERISA rules, government pension plan administrators are not necessarily required to accept QDROs. In Florida, state and county workers are covered by the Florida Retirement System, which voluntarily accepts QDROs. On the other hand, municipalities are free to accept or reject QDROs. In such a case where a QDRO is not accepted, it may be best to value the pension and take another marital asset instead of the pension to make up for the value that your spouse will be receiving from the pension. 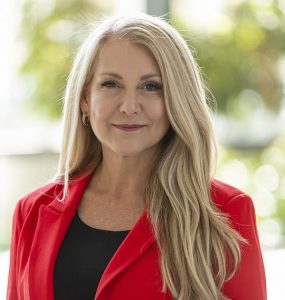 Ms. Feldman graduated cum laude from Florida State University in 2017, where she earned her Bachelor of Science Degree in Retail Merchandising & Product Development. She later attended the University of Florida Fredric G. Levin College of Law as a President’s Scholarship Recipient and received her Juris Doctor Degree in 2020. While in law school, Ms. Feldman served on the Executive Board of the Family Law Society, as well as worked as a Research Assistant for her Civil Procedure Professor where she researched Antitrust Law. Kally Feldman first became interested in Marital and Family Law matters while she was a member of the Alpha Chi Omega sorority at Florida State University, where she helped raise money for the Tallahassee Refuge House as well as awareness for Domestic Violence.

How Does Divorce Change for Couples with a High Net Worth?