According to CNBC, More than 90% of people in Western cultures marry by 50, but around 40-50% of U.S. marriages end in divorce. Which leads us to ask, where do the broken hearts go, especially if children are involved?

I consistently hear this question from those who are currently going through divorce. They want to continue to have a stable lifestyle and be in a community where their children can continue to flourish.

Wellington is hands down one of the best places in Palm Beach County to raise your kids. I grew up in Wellington from age 7 through college graduation and trust me, I thought I would NEVER move back after law school. Not because I didn’t like it, but because I thought I would want to live somewhere else; experience something different. And then I met my husband. He also grew up in Wellington and had a job opportunity after college back here. Best decision I ever made (next to marrying him of course!) Not only is it an amazing community with so much for the kids to do, but it still has a wholesome, family-oriented feel to it.

Wellington has grown so much since I was a child. I remember my grandparents telling me that when they moved here everyone would say, “you’re moving WAY OUT THERE?!” Wellington has come a long way and been built up to include a mall, several restaurants, movie theaters, and even more parks, yet it still remains a tight-knit community. The Wellington recreational department is top-notch. My son has been playing baseball for the Village of Wellington for over 2 years now and can’t get enough. My daughter enjoys gymnastics and dancing at the local gyms and studios, which you will also find plenty of!

All of the Wellington schools are A-rated and come highly recommended. Parents often get their children gifted tested if they live out of the district just to send them to one of our schools. My son started Kindergarten last fall and I can honestly vouch for that assessment. Schools and parental involvement are outstanding.

While you certainly shouldn’t make the decision to move on a whim after divorce, and should consider things like timesharing and finances, I highly suggest adding Wellington to your list of places to look into. 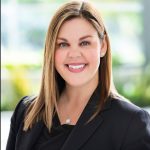 Ashley Ackerman is an attorney with 8 years of experience working as an Assistant State Attorney for the 15th Judicial Circuit. Much of her time was spent advocating for victims of domestic violence. She has handled over 60 jury trials, with cases ranging from domestic battery to attempted murde

What’s a Postnuptial and Should We Have One?

Things to Consider When Divorcing Over The Age of 50